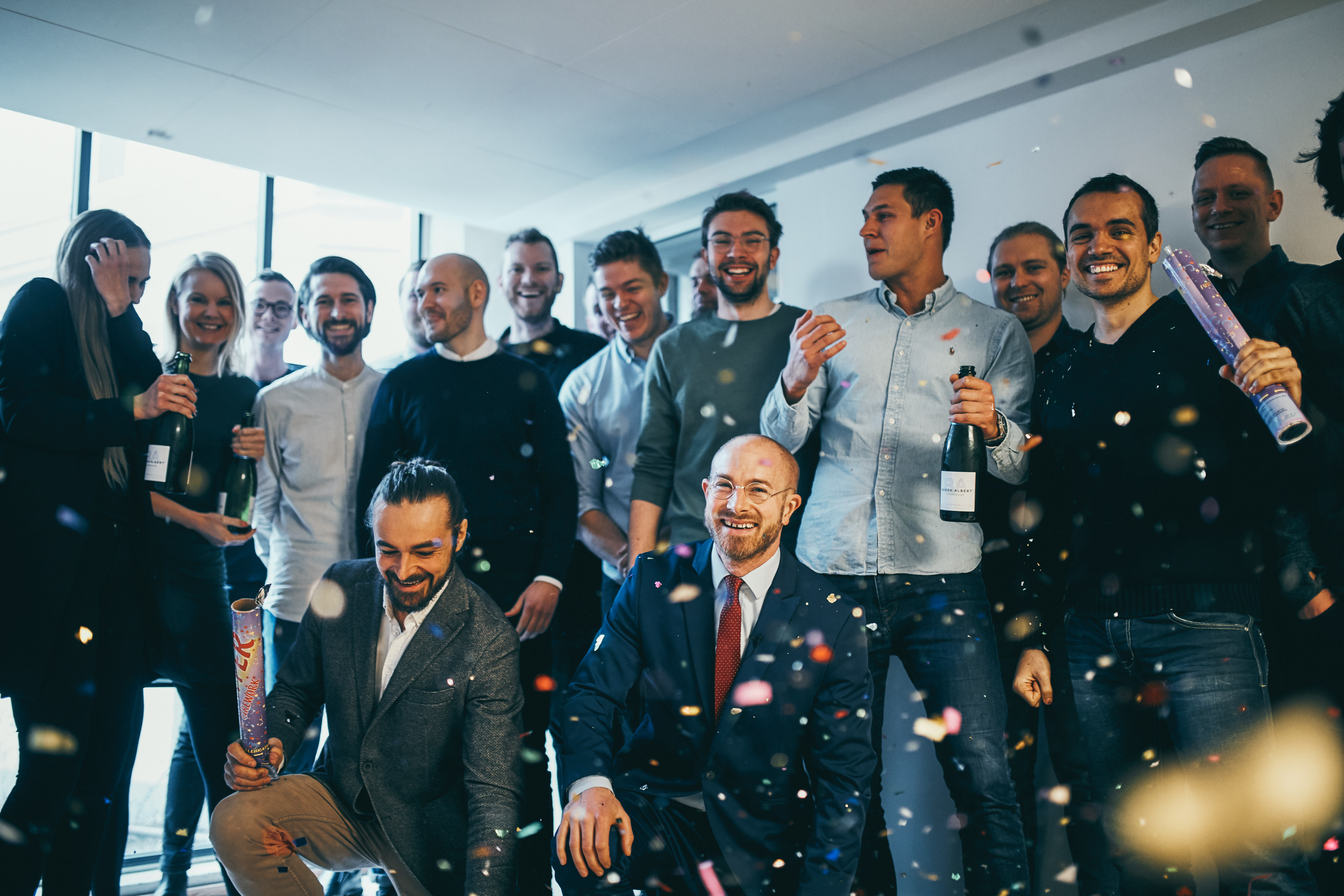 First let’s go back in time to the year 2012. It is 6:00 am and my closest family is gathered at Copenhagen Airport to say goodbye. Tears roll down the cheeks of my little sister as I wave goodbye and head towards the security check. My co-founder and I have decided to move to San Francisco and bought two one-way tickets. The leases of our Danish apartments have been terminated, and except for our work visas, we have only brought our large suitcases.

But what happened to the American adventure? In this blog post you can read about the state of Billy after the recent divestment of assets in Billy Inc. (the American part of the accounting software Billy). As a part of the deal my Danish company Billy ApS has entered into an attractive license agreement with the American buyer. The buyer, which will be disclosed at a later stage, has 700,000 small businesses registered as customers, which will now be exposed to my accounting software under the buyer’s own name.

Do you want to read the blog post in Danish, go to the Danish version.

Seven years have passed since I said goodbye in the airport, and with this valuable deal I have reached one of the greatest and best achievements so far in my 18-year long entrepreneurial career. An American growth company has acquired the company we established in 2012 and entered into a licensing agreement with the parent company Billy ApS, which still owns all the IP rights to the unique, user-friendly accounting software and continues to grow in Denmark and in new countries. The money from the licensing agreement with the US buyer and from the sale is the first move for a major expansion strategy to several countries. With this deal we have shown that Billy has potential far beyond the Danish market and now we also have the finances to enter new markets. Based on the same formula we will find local partners to work with in the different countries we seek to enter.

My US adventure has entailed that Billy was born with international DNA from the very beginning. Our software is scalable at a level that none of our Danish competitors have been able to match, whether we are talking about Dinero or about the accounting giant E-conomic. Not only does Billy have the only accounting software with a fully open REST API (which provides better integrations and is more suitable for further development); In the future, we will also incorporate more countries into our product through focused market entries. Already later in 2019, the expansion goes to Sweden and Norway. One can rightly say that our American bet has paved the way for the Danish Billy’s unique position, which now allows us to enter new countries at an accelerated pace. This must be celebrated with champagne and confetti!

The best thing about the US adventure – besides our international profile

Much can be mentioned in addition to our REST API and user-friendliness, but the very best were the experiences that I have been able to carry along, and the insight and perspective that the came with the adventure abroad. I ended up being abroad for almost four years and from this I have learned to have an international “take” on my subsequent entrepreneurial ventures.
The price is undisclosed

The essence of exits and deals of this nature is also about how many millions you get out of it at the end of the day – in this case it is confidential. However, the total deal value already draws clear traces in the annual accounts for 2018, where we have turned a negative equity of DKK 2,500,000 into a positive one that can be added to an already growing Danish Billy ApS. Thus, I can say that I do not go to bed hungry and that the payment from the buyer is very satisfactory.

The American dream was not hassle-free

I always recommend other entrepreneurs to try their luck outside the borders of Denmark, because although the competitive conditions are tough, one can learn incredibly much from such experiences. One of my biggest challenges was the 9-hour time difference and half a day’s travel time between Denmark and the United States. However, this is also one of the advantages of traveling far away: you do not get disturbed and you have the luxury to focus your efforts. Our American company was never quite as widespread in the US market as Billy has become in Denmark, but for several years we have been represented as among the most user-friendly accounting software for small companies. In 2016, Billy US achieved a first place and was recognised as the most user-friendly accounting software on the Capterra site (foreign counterparty to Trustpilot).

The American adventure ends, while Billy ApS in Denmark continues in its journey

Overall, Billy Denmark and Billy US are great success stories, because we have succeeded in building a scalable accounting software, with a unique and fully open API loved by developers – not just in Denmark, but far beyond the Danish borders. In addition to a rigorous focus on creating, investing time and money in the software and in the highest user-friendliness in the market, we have also created a Danish growth company that today has 30 full-time employees with Jonas Midtgaard as the CEO.

Even though the American entrepreneurial adventure has come to an end, Billy Denmark has never been in better shape. Year over year we grow by over 30%. That is why I dare to promise that the Danish users are heading into an exciting time. Also, we have now teamed up with nine full-time developers, several supporters, marketing and an administration that ensures a well-oiled organization. And for this I can thank my Danish team.

And if you’re not yet a Billy-user, the accounting program is free to use for the smallest users and free to try for everyone.

Thank you for reading!